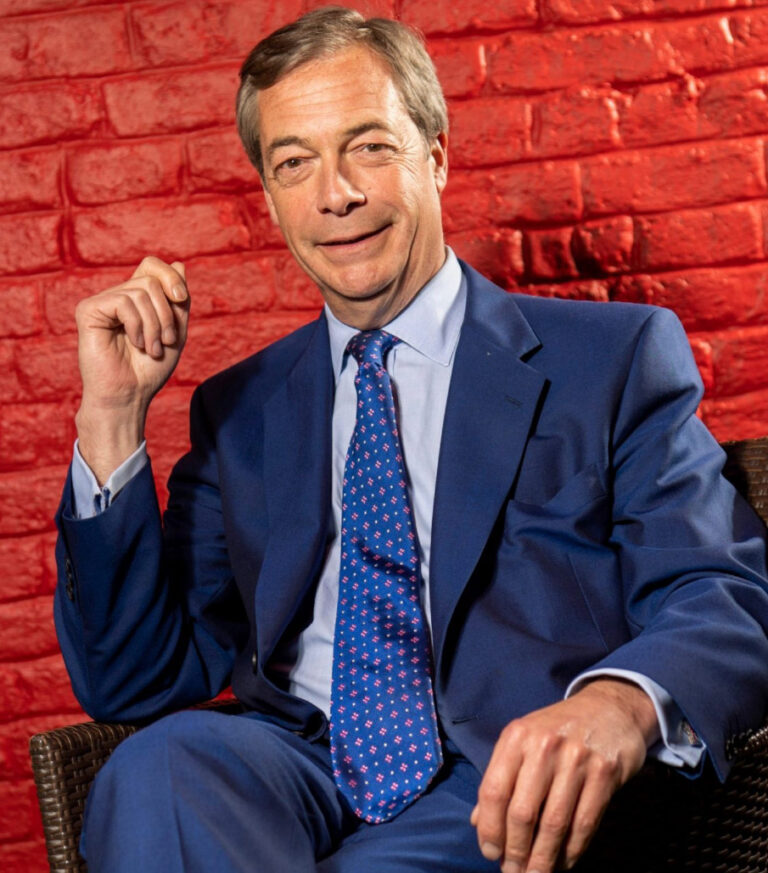 Nigel Farage is a British politician, broadcaster and political analyst who was the co-founder in 1993 and leader of the UK Independence Party (UKIP) from 2006 to 2016, and leader of the Brexit Party from 2019-2021.

Farage began his career in 1982 as a commodities trader at the London Metal Exchange and ran his own metals brokerage firm after working at Credit Lyonnais Rouse and Drexel Burnham Lambert. He left a successful career to go into politics.

Mr. Farage had a political awakening and saw the danger that The United Kingdom was in from the increasing power and dominance of The European Union. When the alliance was formed it was called The Common Market, but it quickly became its own state and began to make its own rules to run uniformly throughout every member country. He decided with incredible foresight and fortitude to challenge from within and ultimately hoped that The UK could withdraw completely. Incredibly and unbelievably in June 2016 the British public voted to leave the EU. More wrangling was to follow but finally after an amazingly long and hard twenty-year travail Nigel’s efforts were rewarded in 2019. He has helped to change modern history and will always be one of the most influential and inspiring figures in British politics.

He has since provided political analysis for both the main Fox News channel and its sister channel Fox Business Network. Farage is also hosting  The Nigel Farage Show on the British radio station LBC and is a regular contributor to the Daily Telegraph and the author of several books.

The Freedom Foundation cordially invites you to join us for dinner and an opportunity to hear Mr. Farage speak on the important work the foundation does.

The event will be on September 10th, in Hillsboro, Oregon.