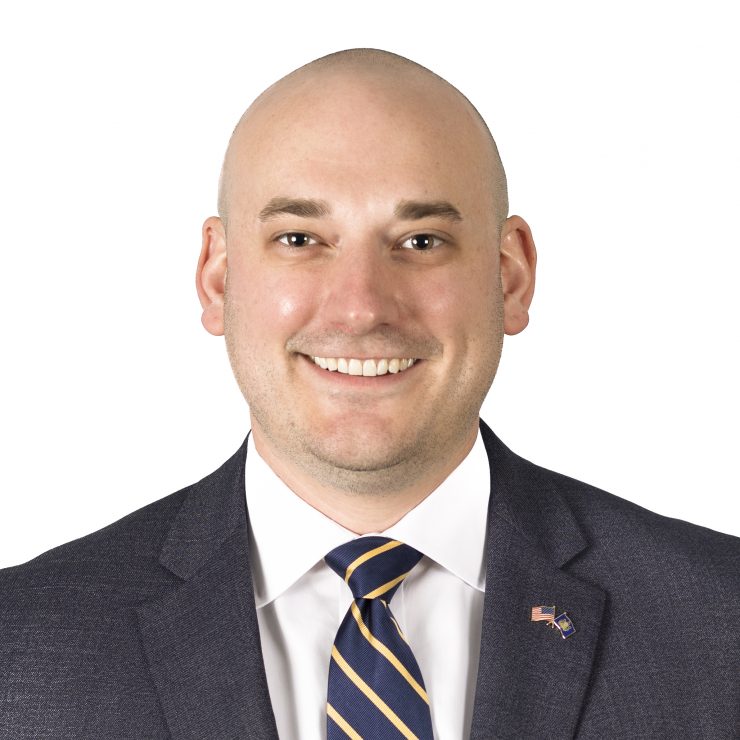 Hunter Tower was hired as the Pennsylvania Director for the Freedom Foundation in March 2020. Hunter has previously served as Executive Director of the Republican Committee of Lancaster County and as a Field Director with the PAGOP. He has also served as a Campaign Manager for a State Representative race in Connecticut and has lobbied Congress on behalf of his Fraternity (Theta Chi) and the Fraternal Government Relations Coalition (FGRC) to pass the Collegiate Housing and Infrastructure Act (CHIA).
Hunter has been featured in many outlets across Pennsylvania and the nation such as RedState, Center Square, Broad + Liberty, Penn Live, City & State, and Lincoln Radio Journal. He’s a member and Parliamentarian of the Pennsylvania Advisory Committee to the U.S. Commission on Civil Rights. He has facilitated several national and regional events for his Fraternity, is a charter member of his local Rotary Club, a Kentucky Colonel, and a former member of Kennett Township Zoning Hearing Board.

Hunter's family has a long history in politics beginning with Charlemagne Tower Jr., who served as Minister to Austria-Hungary (1897–1899) for President William McKinley before being transferred to Russia as Ambassador (1899–1902). Following his post in St. Petersburg, Charlemagne served as Ambassador to Germany from 1902 to 1908 under President Theodore Roosevelt. Tower City in Schuylkill County, Pennsylvania is named after his father, Charlemagne Tower, as is Tower, Minnesota, and Tower City, North Dakota. Hunter's cousin, former United States Senator John G. Tower (R-Texas), served 24 years in the Senate and was George H.W. Bush's first nominee for Secretary of Defense.

Hunter's late father, John W. Tower, was President Richard Nixon's aide at the 1972 RNC in Florida with Alexander Haig's son, worked with the Reagan Administration in the 1980s, and was a lobbyist in Washington, DC as President of American Strategy Group.

Hunter is a graduate of Widener University in Chester, PA with a B.A. in Political Science. Hunter and his wife reside in Kennett Township, PA, with their two children and two rescue dogs.

Restaurant Owners Take A Bite Out of Wolf’s Covid Edict

In Lebanon County, just east of the Pennsylvania state capitol in Harrisburg, a small, family-owned restaurant has decided to take on the almost limited resources state by challenging the lockdown orders and draconian mandates of its tyrannical governor.

Recently, a federal judge ruled on September 14 that Wolf’s shut down orders are unconstitutional.

Freedom Foundation making its presence known to the Keystone State

The Freedom Foundation’s Pennsylvania team is making its presence known to hardworking Pennsylvanians across the Commonwealth. We’ve been on the radio, you’ve seen us in articles, and now we’re on billboards.

Freedom Foundation is an Ally for Hardworking Pennsylvanians

The Freedom Foundation has only been doing business in the Keystone State since March, but we’ve already helped several hundred …

The Keystone State Is Ready for A Turnaround

Relying on the same denial tactics that never worked out West, government union leaders in Pennsylvania are doing everything they can to convince themselves the Freedom Foundation’s recent expansion to the Keystone State won’t hurt them.