The Bad News from Olympia

The 2019 Washington state legislative session ended this week, and it was the first time Democrats controlled the entire budget-writing process since 2011. How did that work out?

Despite having revenue increases of nearly ten percent, the legislature increased spending by roughly twenty percent. Tax increases were primarily targeted at undesirable entities or actions in the eyes of legislative leaders. In addition, lawmakers created some new specific revenue schemes for specific government activities outside of the usual budget process. Finally, favors were provided for select entities like union operators, the hockey arena, and sellers of green transportation products and services.

Revenue is up within existing taxes.

Spending is way up. 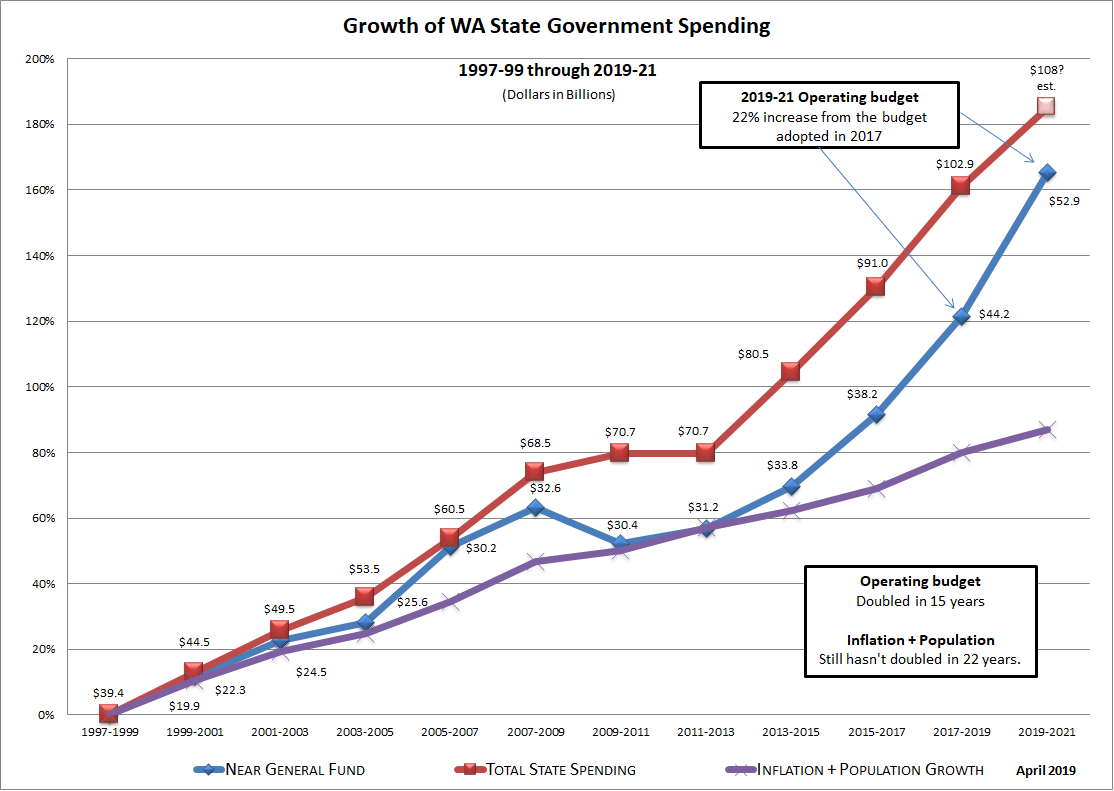 E2SHB 2158 imposes a business tax on targeted firms like Microsoft and Amazon: $380 million

ESHB 1839 gives a deferral and payment plan for sales taxes for the ice hockey arena: -$40.7 million.

SHB 1406 allows counties and cities to levy sales taxes which will be credited against state sales tax for affordable housing activities or rent assistance: -$17 million maximum.

Legislative leadership seems to favor keeping money outside of the normal budgeting process by levying specific revenue schemes to fund specific government activities. This practice fractures the natural prioritization that should be happening in the budgeting process. It also decreases the transparency of government spending. As a result, important priorities potentially could be starved of resources while designated funding activities are flush with cash and spending wastefully.

SHB 1195 Practically ends an individual’s ability to seek the enforcement of campaign finance laws. The Freedom Foundation has prompted many enforcement actions and penalties against union bad actors.

SHB 1575 Gives extraordinary latitude to union operators for dues collection and adds hurdles for those wishing to opt out of a government union. More details here.