Fox News host Laura Ingraham called the Freedom Foundation a “great organization” and told a sold-out ballroom full of well-wishers attending the group’s annual banquet she was proud of the great work it does.

“Be not afraid,” Ingraham said. “Be strong. Be confident. You’re on the right side. You’re supporting a great institution, an organization of American patriots standing against the forces of coercion and corruption.”

Nearly 400 Freedom Foundation friends and supporters attended the event, held on Sept. 21 at the Bellevue Hyatt Regency. Ingraham was the evening’s keynote speaker.

The record crowd came to celebrate the group’s successes since the landmark Janus v. AFSCME Supreme Court decision in June 2018.

To thunderous cheers from those attending, Freedom Foundation CEO Tom McCabe announced, “In just a little over a year after government workers were released from being legally forced to financially support a union, the Freedom Foundation has directly helped 60,000 of them walk away and stop paying dues.”

While those inside celebrated freedom, more than 300 agitators gathered outside using recycled protest signs and the same, tired old chants in a desperate attempt to disrupt the evening.

Poking fun at the picketers, Ingraham blew them a kiss through the hotel windows, then tweeted a picture of the “paid union protestors,” calling their outrage a “badge of honor.”

Freedom Foundation employees and guests know that rounding up more than 300 protestors to stand outside a hotel for a few hours means labor leaders are deeply worried about the impact the organization is having on their unions’ bottom lines.

Freedom Foundation took its own video of the evening.

Ingraham also tweeted a picture of herself with California First Amendment attorney and frequent Fox News guest, Harmeet Dhillon, saying “(G)reat to be with the great patriots like Harmeet Dhillon in Washington State standing for the great work of the Freedom Foundation! Support their right to work efforts!” 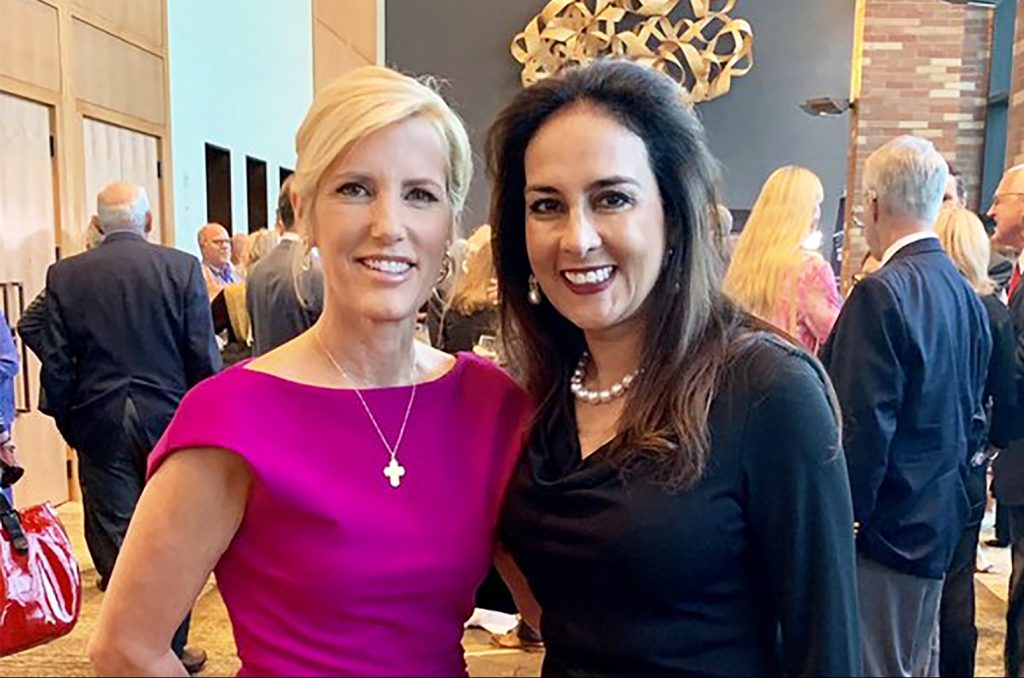