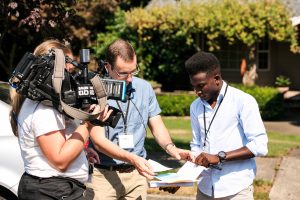 Little more than a month after the U.S. Supreme Court’s long-awaited ruling in Janus v. AFSCME, the entire Freedom Foundation staff was walking the streets of Pierce County on Aug. 6 telling teachers what their union won’t – that they’re no longer required to pay monthly dues or fees to a corrupt oligarchy whose values they don’t share. 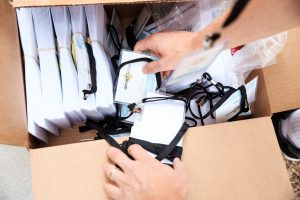 It was the second mass canvassing effort for the organization. Two years ago, Freedom Foundation staffers fanned out across King County, informing hundreds of home healthcare providers – many of whom didn’t even realize they were in a union – of their right to opt out of SEIU.

“There’s a fundamental difference between teachers and caregivers,” explained Outreach Director Matt Hayward, who organized both canvassing days. “By definition, the caregivers are spread out across a wide area and deprived of information. But teachers work under the same roof and share the same concerns every day.

“Every teacher knows he or she is in a union,” he said. “We don’t need to tell them that, but we might very well need to explain Janus to them. Even if they already realize they now have the right to opt out, they might still believe the union can retaliate against them if they do.”

Each canvasser was equipped with a variety of Freedom Foundation materials explaining why that isn’t true – as well as plenty of opt-out forms for those who got the message.

“The teachers’ No. 1 concern,” Hayward said, “is having their dues spent on politics they don’t support. They always complain, ‘The union is supposed to represent me in contract negotiations, not tell me how to vote.’” 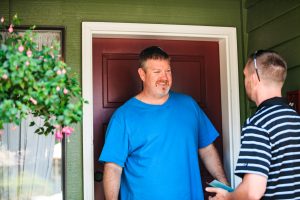 In all, the one-day blitz reached more than 400 homes.

Speaking to the assembled staffers at a celebration afterwards, Freedom Foundation Executive VP Brian Minnich commended those who canvass regularly.

“You guys are the point of the sword,” he said. “You are in the trenches every day taking the fight to the unions and personally freeing thousands of workers from their control. I salute you.”