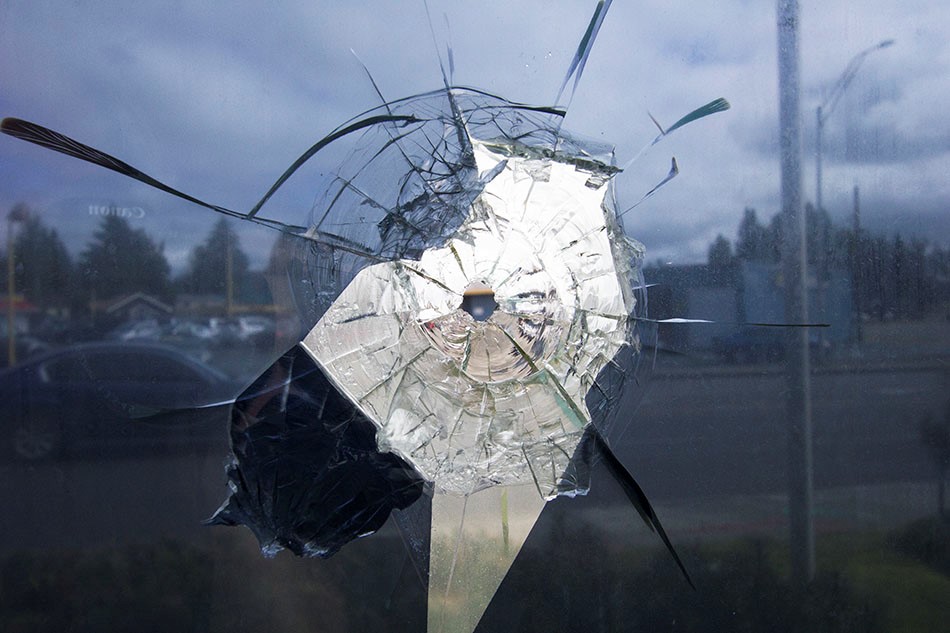 The most recent attack on the Freedom Foundation was in the form of a bullet fired at the Foundation’s National Headquarters in Olympia, WA.

The Freedom Foundation’s ongoing struggle to expose the lies and misdeeds of the nation’s government employee unions — and, by extension, the unions’ irresponsible counterattacks — escalated to an alarming new level over the weekend of Aug. 1-2 when someone fired a bullet through a window of the organization’s Olympia office.

The structure was deserted when the attack took place, and no one was injured.

The obvious bullet hole was discovered in the window when the office opened on Monday, Aug. 3.

Fires and broken windows are an almost nightly occurrence in downtown Olympia, as roving mobs of violent protesters roam the streets with complete impunity. But the Freedom Foundation is nearly a mile from city center, and a single bullet hole isn’t consistent with the usual pattern of random violence.

“This was a targeted attack on the Freedom Foundation,” said CEO Tom McCabe. “The perpetrator knew who we were, where we worked and what we do. This was an attempt to intimidate us, and it won’t work.

“Desperate people do desperate things,” he said. “And they try to incite their deluded followers to do desperate things on their behalf. Thank God no one was in the building when that shot was fired, but this just shows you the kind of people we’re dealing with — and settles once and for all any question of which side has facts and reason on its side and which has to resort to thuggery.”