The Freedom Foundation had made public information requests for union-represented employee data for research and outreach purposes. Some of these employees were represented by AFSCME.

But the thought of the Freedom Foundation even having just some of their member’s information terrified Ms. Chamberlain so much that she decided to email AFSCME-represented employees across the entire state.

Below is Chamberlain’s email: 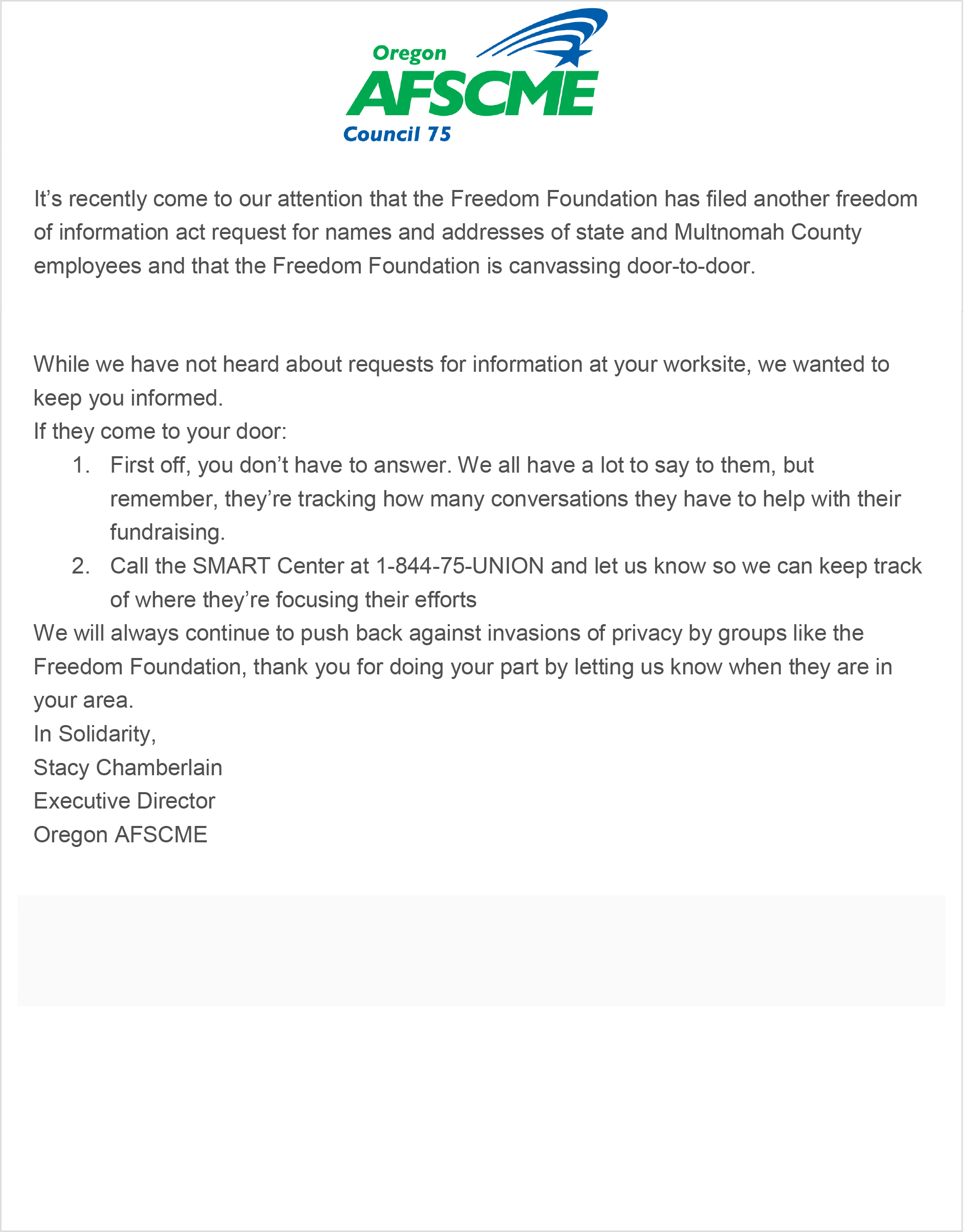 She also advises them to call the SMART center in order to keep track of where the Freedom Foundation is canvassing. Chamberlain notifies AFSCME members they have the right to not answer the door should we canvass their home — as if she really needs to remind them that.

What’s so strange about this email is that during the legislative session Chamberlain claimed the Freedom Foundation was not effective in its outreach efforts. She even went as far to say the union doesn’t receive many opt out requests … all the while lobbying for a bill that would make it significantly more difficult for public-sector union members to opt out.

Probably because Stacey is lying about being scared right down to her socks.

Since the U.S. Supreme Court’s Janus decision, which freed public-sector union members from forced dues/fees to a labor organization, many public employees have decided to cease paying dues.

Unfortunately for Stacey, this means less revenue to the union, and potentially a pay cut to her and the twenty-four other AFSCME employees paid over six figures a year.

These types of emails from union bosses do more harm than good. Often, they prompt union members to look up the Freedom Foundation.

Once they do, they see they have the constitutional right to opt out. And many of them exercise it.