Christmas is a special time of year characterized by selfless giving and spending time with people you care about. This year, the Freedom Foundation decided to spend Christmas with public workers in California’s Inland Empire.

A very merry Santa could be found at 10 different government offices over the past week handing out packets of information and candy canes. His mission was to give back to the workers, letting them know they could give themselves a Christmas bonus by opting out of paying union dues.

The message was simple: You don’t have to pay for things you don’t want anymore. If you don’t believe your union provides a valuable service, you can stop the union dues deductions from your wages. Public workers pay as much as $1,000 or more in union dues each year. Many families might appreciate having a few hundred extra dollars for Christmas gifts.

Unfortunately, there were some who just didn’t feel the Christmas spirit.

Teamsters 1932 representatives hassled Santa at nearly every building, chasing down workers he had spoken to. While the Teamsters tried their hardest to squash our Christmas message, many public workers simply weren’t having it.

One of our canvassers reported:

“I was standing outside an office building in San Bernardino when a younger woman walked out the front door and asked for a packet of our information. I happily gave her one, as well as a candy cane, and wished her a merry Christmas. While she was on her way back into the building, she was stopped by three Teamsters representatives. She told them she was not interested in what they had to say and walked right into the building.”

Multiple workers have contacted the Freedom Foundation’s California office to report Teamsters 1932 members — typically located in San Bernardino County — are unhappy. Teamsters rule the city through fear, not through providing worthwhile services. Instead of giving back to the workers, they threaten to cease representing workers who consider dropping their membership. 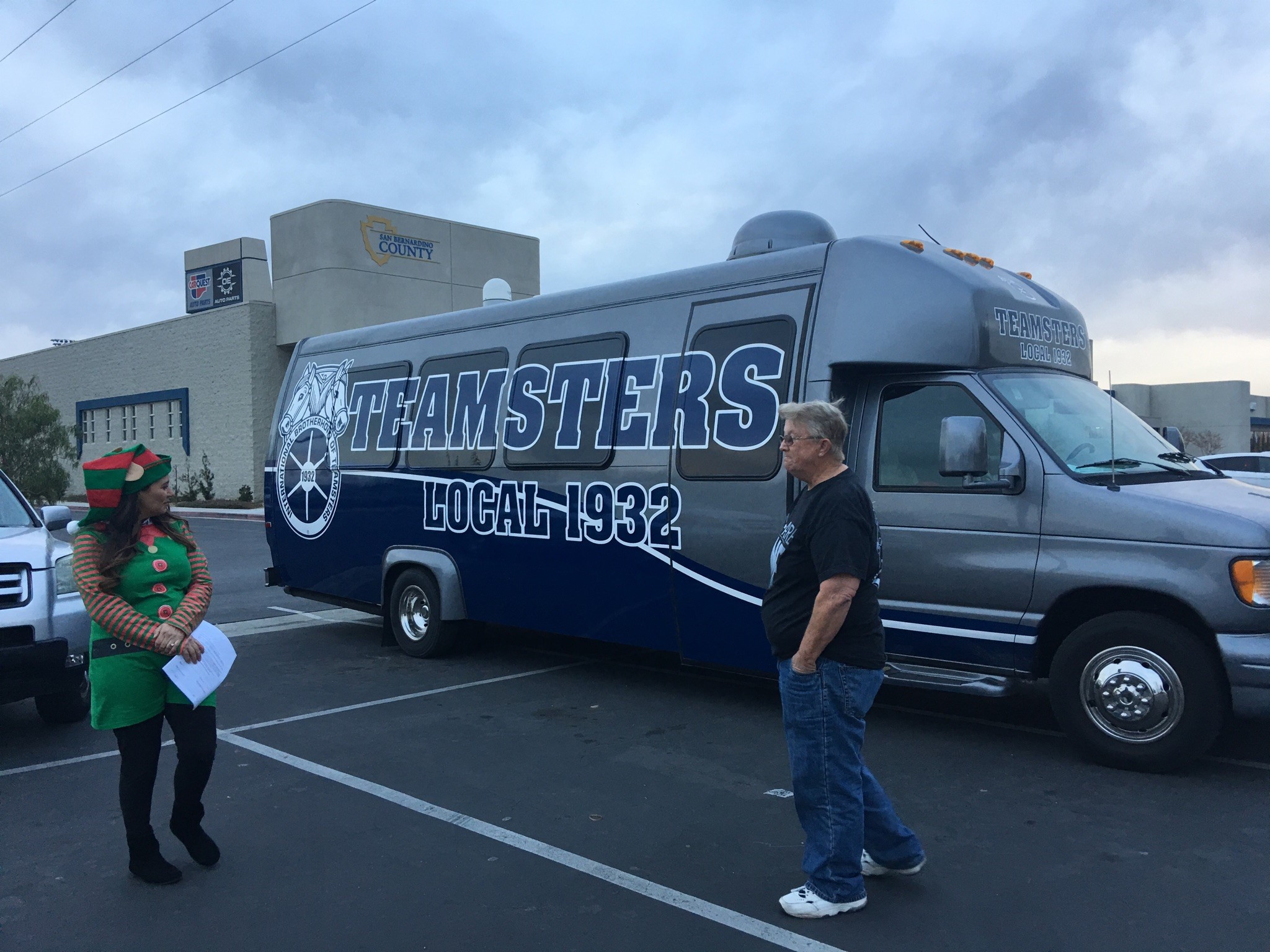 Even with these Grinches out in full force, Freedom Foundation’s message came through clear. The campaign was so successful that more informational packets had to be printed half way through the week.