In a Blow to Government Unions, Blaine Amendments Struck Down 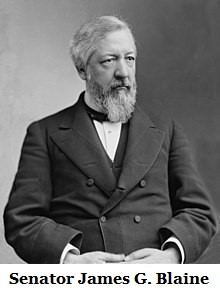 In an opinion delivered by Chief Justice John Roberts, the U.S. Supreme Court has struck down so-called Blaine Amendments present in many state laws and constitutions, including the Oregon Constitution.

The obsolete language is the entirety of Article 1, Section 5, which reads “No money shall be drawn from the Treasury for the benefit of any religeous (sic), or theological institution, nor shall any money be appropriated for the payment of any religeous (sic) services in either house of the Legislative Assembly.”

The decision, arising from the case of Espinoza et al. v. Montana Department of Revenue et al, allows states to create a voucher system of payment for K-12 education in which state funds can be used at private institutions of education, including those operated by religious bodies.

Blaine Amendments have a dark history based in bigotry, discrimination and religious intolerance. As states were joining the union during the 19th century, Maine U.S. Sen. James G. Blaine — an anti-Catholic bigot — made sure their admittance was dependent on adoption of a law or section in their constitution that forbid state money from being disbursed to religious entities.

Though created to give Protestants an advantage over Catholics, Blaine Amendment-type laws today serve a different monopoly — public teachers’ unions — and prevent legislation that would allow the money to “follow the student.”

Roberts summarized the case in the first paragraph of the decision:

“The Montana Legislature established a program to provide tuition assistance to parents who send their children to private schools. The program grants a tax credit to anyone who donates to certain organizations that, in turn, award scholarships to selected students attending such schools. When petitioners sought to use the scholarships at a religious school, the Montana Supreme Court struck down the program.”

All but 10 states have some version of a Blaine Amendment or legislation that was struck down by this decision. Unaffected states include Arkansas, Connecticut, Maine, Maryland, New Jersey, North Carolina, Rhode Island, Tennessee, Vermont and West Virginia.

In concluding his decision, Justice Roberts identifies this as a religious liberty issue.

“(T)his Court has repeatedly upheld government programs that spend taxpayer funds on equal aid to religious observers and organizations, particularly when the link between government and religion is attenuated by private choices. A school, concerned about government involvement with its religious activities, might reasonably decide for itself not to participate in a government program. But we doubt that the school’s liberty is enhanced by eliminating any option to participate in the first place.”

Look for a blossoming of state voucher programs in states that have legislatures friendly to this type of aid. Voucher programs are seen as particularly liberating to communities which are struggling economically, as they allow everyone to send their children to private schools, not just the wealthy.