On May 8, the Oregon Education Association lead a statewide strike in what it called a “Day of Action.” Walkout marches organized by the largest teacher’s union in Oregon took place in Portland, Eugene, Klamath Falls, Medford, Bend and Salem.

The strike was modeled after the #RedForEd marches first seen last year in West Virginia. The supposed goal of the strikes were to encourage the state Legislature to pass HB 3427— dubbed the “Student Success Act.”

The bill, which currently sits in the Oregon State Senate, would impose nearly $2 billion in new, job-killing taxes on certain businesses, allegedly to be used to fund education.  However, the bill would require a constitutional amendment for it to directly fund k-12 education.  Otherwise, it will just be included in the state’s general funds.

Because the union-led strike attracted enough teachers to participate, and numerous districts were either unwilling or unable to provide enough substitutes, many schools throughout the state were required to shut down for the entire day.

In turn, certain districts are now being required to add another school day to the end of the calendar day to make up for the strike. Although this can appear to be a fair compromise, it can be burdensome to the summer schedules of families and educators alike.

Others, however, are unable to do, so thus requiring all employees in the district, such as the Bethel School District in Eugene, to take a day without pay.

For households in which both partners are educators, this can be somewhat hurtful.

It is also important to note that in many of these districts there are educators who do not support a strike, including some who are no longer union members. Yet they were still denied the opportunity to go to work on May 8.

The union strike affected school districts across the state, causing some sort of closure in 24 different districts.

Oregonians are required to pay taxes, and education is a public right for every child. The OEA essentially held education hostage for a day to grandstand and flex its muscles to Oregonians and the state Legislature.

What’s also important to note is the influence OEA already holds with state lawmakers. As one of the largest public-sector unions in the state, and one of the most powerful lobby groups within the legislature, is it really necessary for them to go to these lengths to get its message across to the Legislature — particularly when there are sympathetic liberal majorities in both houses?

The answer is obvious. 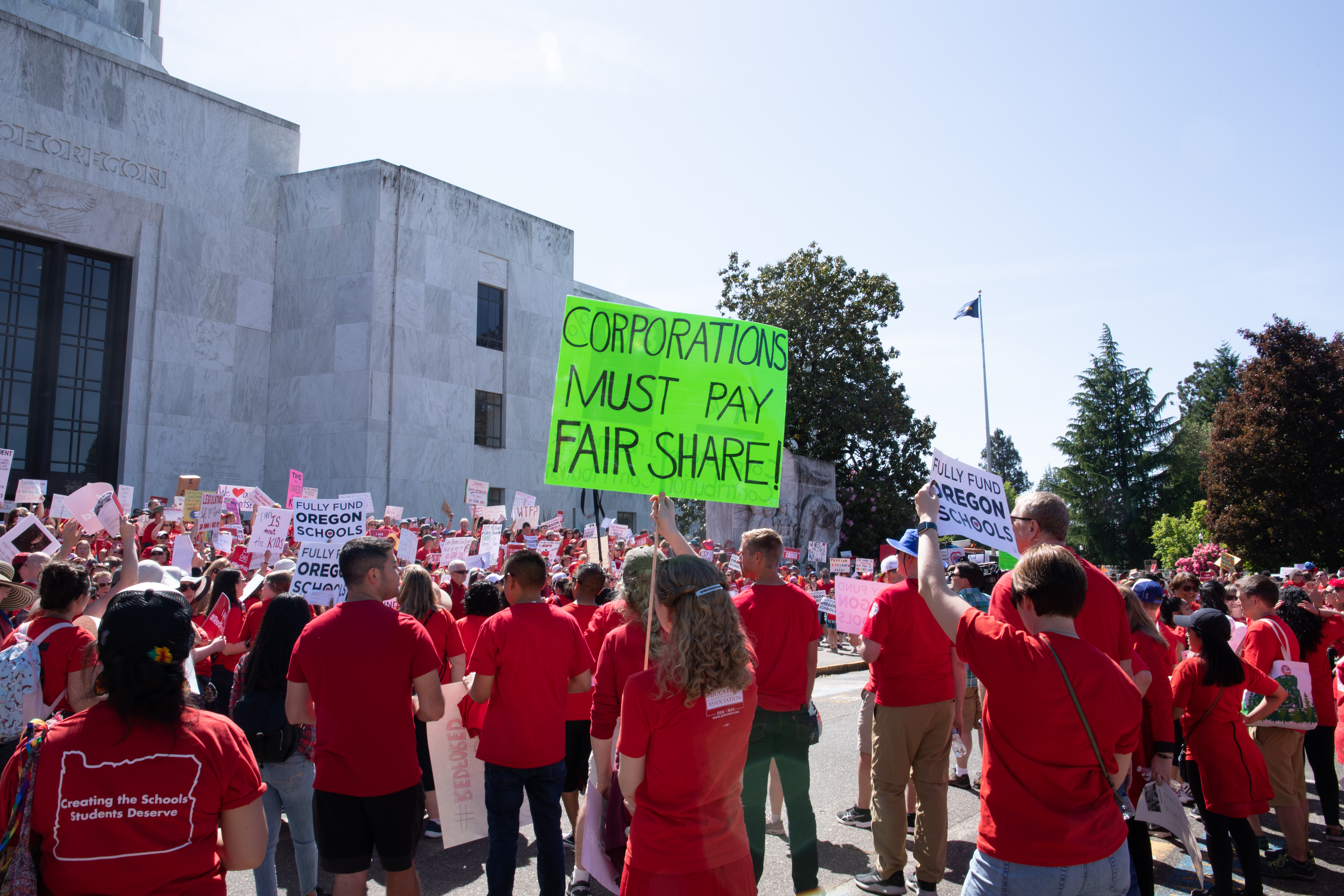 The #RedForEd day strike across the Beaver State was nothing more or less than a political stunt — albeit one that hurt educators across the state who do not wish to participate, and thousands of students deprived of a needed school day.

Thwarting Union’s Theft of Vacation Time Was No Small Matter