Evidently the folks at WFSE 28 in Spokane have some new tools and tactics in their never-ending (but ultimately futile) quest to insinuate themselves between public employees and the truth.

When a handful of Freedom Foundation outreach staffers last week deployed at a state office building, the union responded like the clown show it is, rolling out a massive motor home (purchased, of course, with the sweat of members who’d been assured their dues dollars were being used only to cover collective bargaining costs) festooned with embarrassing slogans and manned by a crack squad of 10 paid WFSE operatives waving signs making noise to disrupt our message. 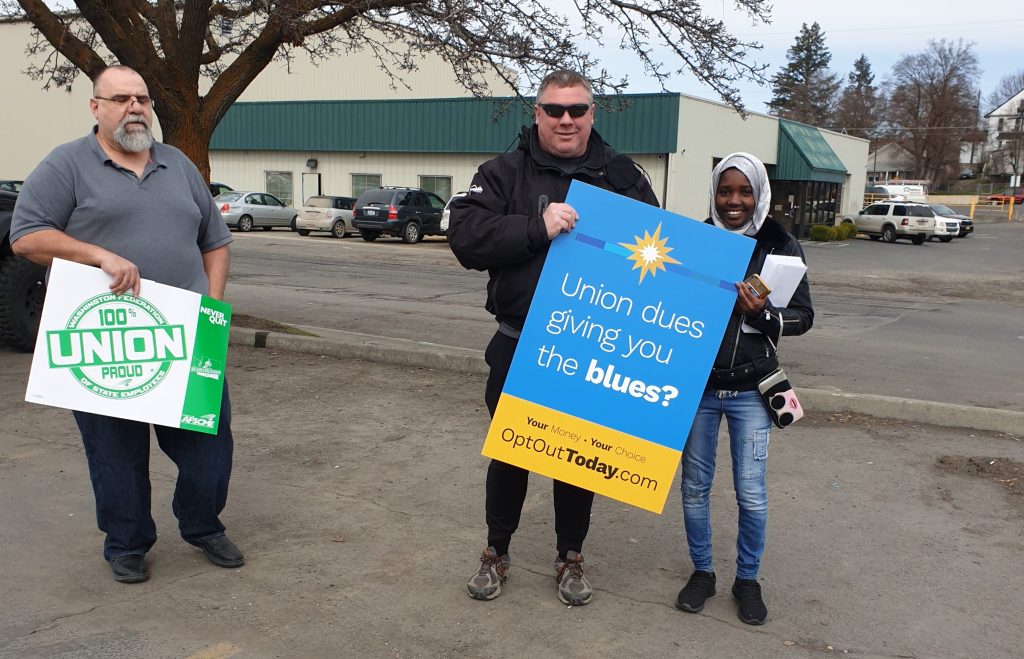 Throw in a trapeze act and an elephant and they could have sold tickets to this circus.

It didn’t work, of course, and plenty of workers gravitated to the Freedom Foundation crew, no doubt mortified by the clown show being staged on their behalf.

On the bright side, when WFSE 28 President Sue Henricksen takes the kids to Yellowstone this summer, it looks like she’ll be riding in style.