For years public employees have been experiencing union dues blues. Public employees who never had any interest in being part of a union and just wanted to work for the government were forced for years to financially support organized labor’s political agenda.

Now, thanks to a recent U.S. Supreme Court ruling and the Freedom Foundation’s outreach program, workers are learning they have the right to opt out of the union and still keep their job.

As part of its efforts to share the news with as many government employees as possible — much to the chagrin of unions who’d prefer to keep public employees in the dark about their rights  — the Freedom Foundation recently leased billboard space around Washington near public workplaces to deliver messages like this one on a billboard in downtown Olympia. 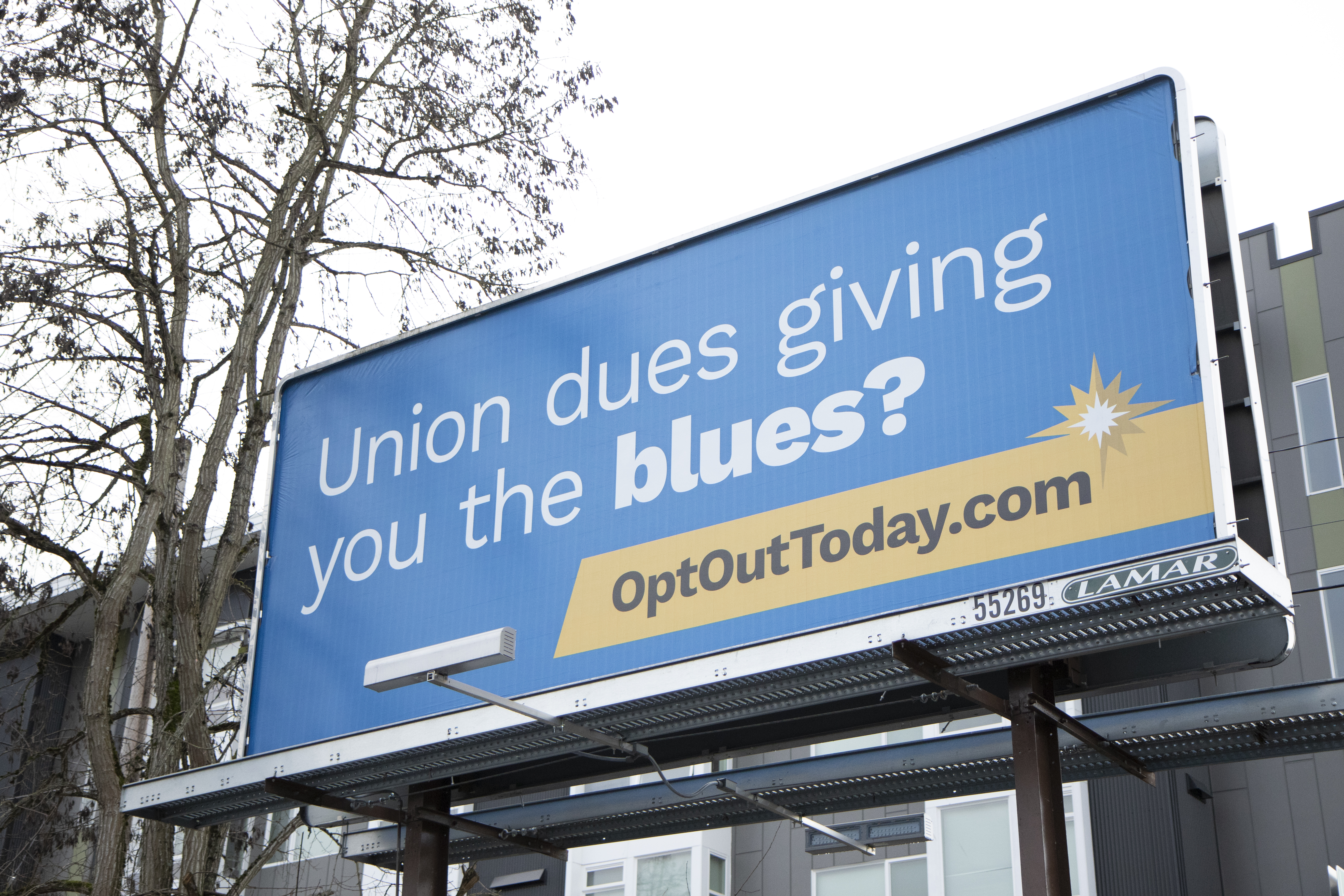 If you know someone who is a public employee and might be represented by a union, make sure to let them know about OptOutToday.com.

They can lose the blues by opting-out of union dues and start saving money today.