The messaging is critical, but so are the messengers. As soon as the Supreme Court decided on Janus v. AFSCME, the unions started putting their own spin on the case (if there could be any other) and added veiled threats to deter any union members from exercising their First Amendment rights.

Words like “cowardice” and “lost wages” were loosely thrown around in an SEIU email blast. However, it didn’t seem to deter the thousands of workers who contacted the Freedom Foundation to finally leave their union. 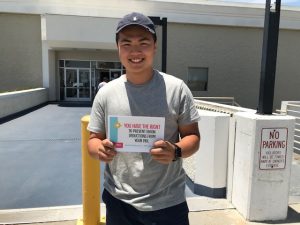 Our canvassers are equipped with knowledge answer questions from municipal workers wanting to opt out of their unions. In fact, members of SEIU Local 1000, a municipal government union, is among the largest group of individuals who use our website to opt out.

We anticipated this would be the case and have been using social media, emails, and now canvassing, to help get our message across. 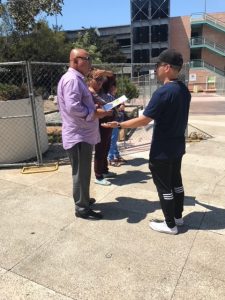 One of our canvassers was approached by a municipal employee who was thrilled to see we were sharing information about how to leave the union. She told us the union was throwing pizza parties as an incentive to sign the irrevocable union cards.

It’s going to take a lot more pizza and a lot more money to convince these folks they need to stay in the union.

Meanwhile, our legal team notched several important victories in the wake of the Janus ruling and has no intention of slowing down.

Our work has increased ten-fold as the word is spreading about our victory against the union. Last week, our California attorney began formally representing a union member who wants to opt out of a public safety union. This worker contacted the union after the Janus decision to exercise his First Amendment rights, but union leaders pointed to a memorandum of understanding (MOU) document that outlined the union’s policy on opt-outs.

They claim members cannot leave for another two years, or until the next bargaining discussions open. This was worse than even the 15-day opt out window clause of SEIU 2015.

The Freedom Foundation believes any type of opt-out window clause is unconstitutional, and this case can potentially set precedent across the spectrum of union cases currently being litigated as well as those that will in the future.