June 27 marked the one-year anniversary of the U.S Supreme Court’s ruling in Janus v. AFSCME that public employees can no longer be required to pay any form of union dues against their will.

Almost before the ink on the decision was dry, the Freedom Foundation began to execute its plan to make sure all public employees on the West Coast were informed of their newly affirmed rights. This campaign included direct mail, emails, billboards, commercials, door-to-door canvassing, office visits and now even texting — any and every way to ensure public employees are informed about the landmark decision and how it applies to them.

Because of the Freedom Foundation’s efforts, more than 15,000 public employees in the state of Oregon have chosen individual liberty and left their unions. Oregon public-sector unions have experienced some of the largest membership declines in the entire nation —  including the Service Employees International Union local 503 (SEIU 503), who’s membership has plummeted more than 26 percent, and the Oregon School Employees Association (OSEA), which lost an even more impressive 31 percent of members.

We believe the unprecedented number of workers choosing freedom from their unions is something worth celebrating. That’s why on the morning of the anniversary, a number of our canvassers kicked off the celebration by handing out more than eight dozen donuts paired with fresh coffee to public employees on their way in to work. That was followed later in the day by our mailing out more than 100,000 celebratory emails to public employees explaining what we mean by  “Janiversary” and encouraging those we’ve helped opt out to share that same freedom with their colleagues.

Throughout our celebration on Thursday, as well as through our entire outreach campaign, public employees were happy to see us and are enthused by the message we bring.

It’s a simple message of reclaiming their liberty, taking back their voice, and saving hundreds of dollars a year while doing so. That message is certainly made sweeter and easier to swallow when paired with donuts and coffee. 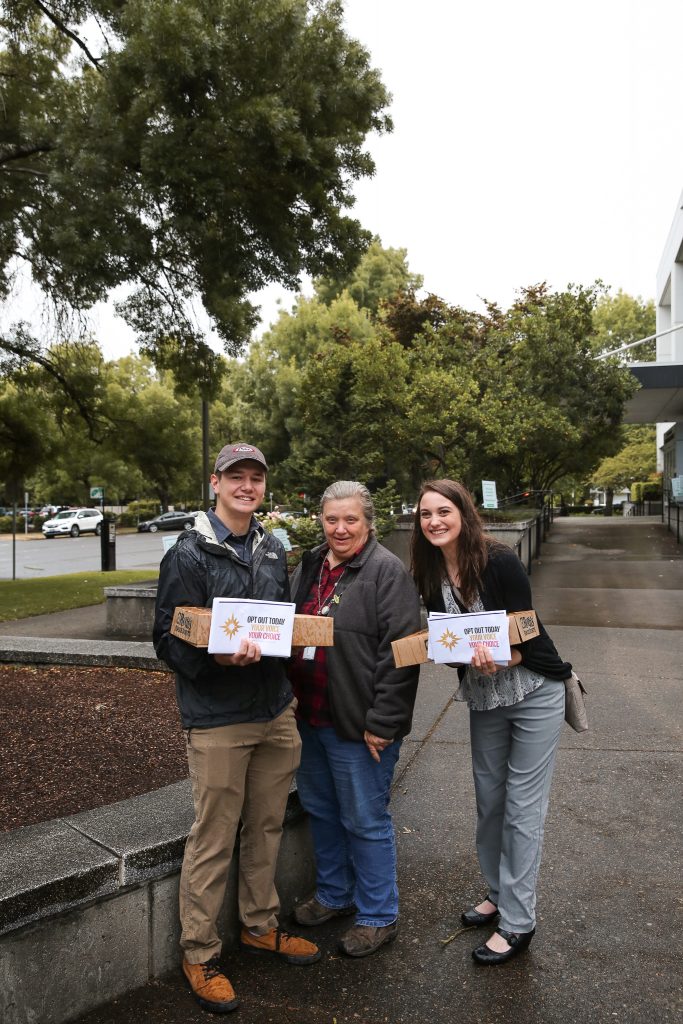 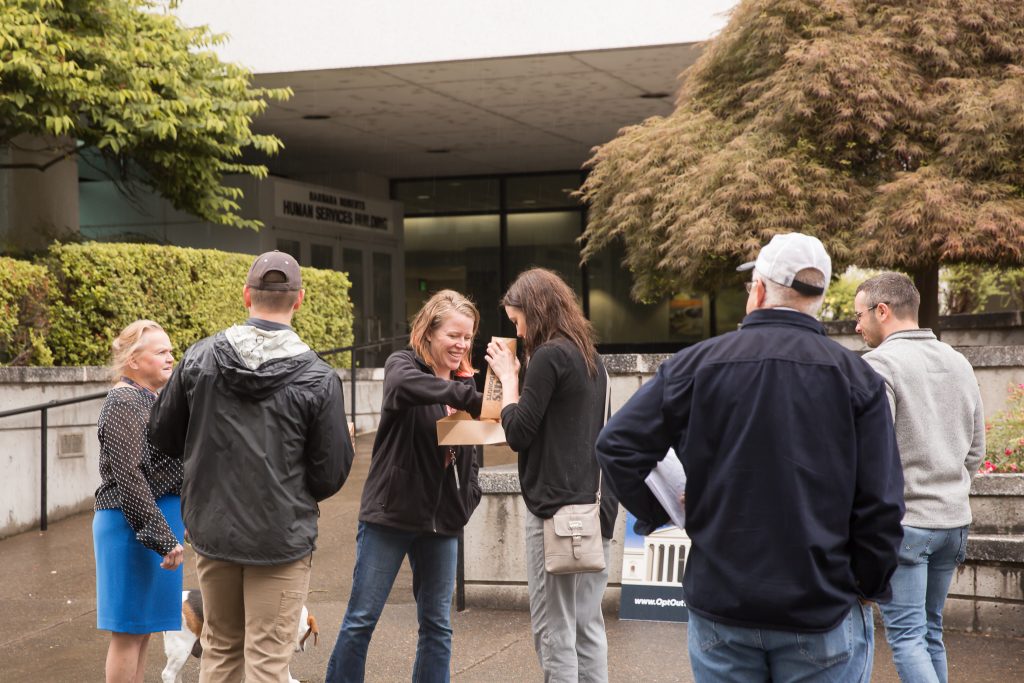 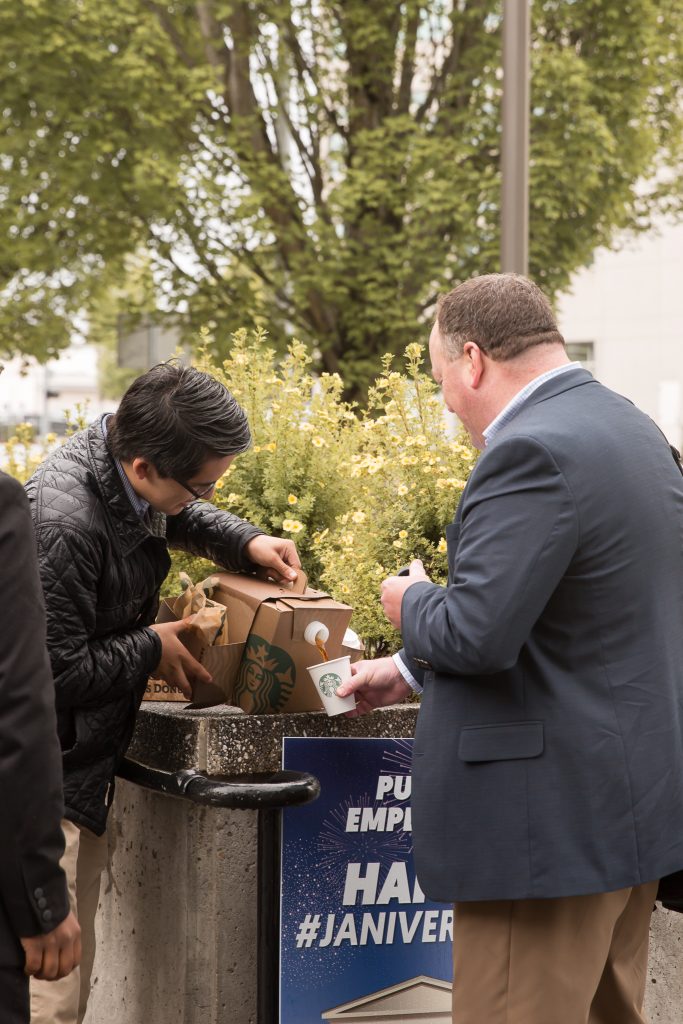