Every year, the Freedom Foundation teams up with old St. Nick to bring smiles to good public employees’ faces by sharing information about how they can opt out of their union and keep more of their hard-earned money in their own pocket.

This year has been challenging in so many ways. By order of the governors, children cannot visit Santa in person this year to share with him what they want for Christmas; meanwhile, Santa’s helpers at the Freedom Foundation are also prevented from going door-to-door to share Santa’s good news with public employees.

At the start of December, the Freedom Foundation sent emails and direct mail to public employees in Washington, Oregon, California, Ohio and Pennsylvania.

We even enlisted the help of Santa to deliver social media messaging throughout the five states.

The response has been overwhelming.  Our office has been flooded with postcards, emails and calls from public employees choosing to exercise their right to opt out of paying union dues.

In the weeks leading up to Christmas, we’ve processed over 2,000 opt-outs forms, representing almost $1.6 million a year snatched from the coffers of various unions and put back into the Christmas stockings of public employees. 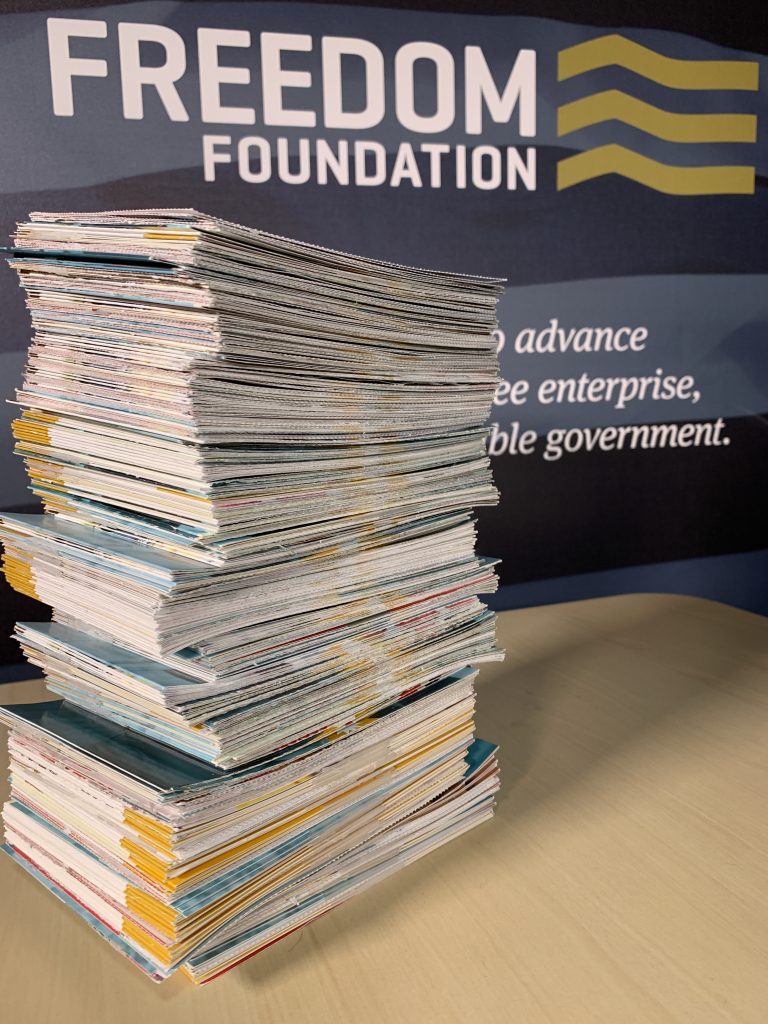 This Christmas the Freedom Foundation celebrates with public employees in Washington, Oregon, California, Ohio and Pennsylvania who have taken their freedom back.