Public-sector unions around the country have spent the past eight months trying desperately to undo the U.S. Supreme Court’s handiwork in Janus v. AFSCME. But it’s one of the dirty tricks they pulled before the ruling was even issued that prompted a lawsuit by the Freedom Foundation this week in California.

Like every state and local government employee in the nation, Janus freed California teachers from the tyranny of mandatory union dues or so-called “agency fees.” But before that could happen, the California Teachers Association — correctly anticipating last summer’s decision would go against it — launched a preemptive strike against its members’ First Amendment rights by pressuring them to sign “recommitment agreements” that prevented the teachers from opting out except during arbitrary annual windows.

The Freedom Foundation, along with San Francisco attorney Harmeet Dhillon, is representing five teachers who signed such agreements only to have the union decline to honor their subsequent attempts to escape. The class-action lawsuit was filed in federal court on Monday.

The union’s position is that the agreements constitute a binding contract, but that reasoning overlooks the unions’ failure to fully inform the teachers about the consequences of their actions.

Neither an agency fee nor any other payment to the union may be deducted from a nonmember’s wages, nor may any other attempt be made to collect such a payment, unless the employee affirmatively consents to pay.

In other words, unions can no longer simply consider workers union members until they successfully opt out. Before dues can be confiscated from his or her paycheck, a worker must actually give their consent.

But that’s not all. Alito continued:

By agreeing to pay, nonmembers are waiving their First Amendment rights, and such a waiver cannot be presumed.

Translation: A signed membership card isn’t enough. The union must also provide written proof the worker understands that payment of dues is voluntary and constitutes a waiver of their First Amendment rights.

In the case of the California plaintiffs, that would be impossible because their membership cards were signed before their rights under Janus had even been articulated.

The Freedom Foundation has filed lawsuits making similar arguments in Oregon and Washington in the wake of Janus, and the cases could have devastating implications for unions representing millions of government employees in every state. 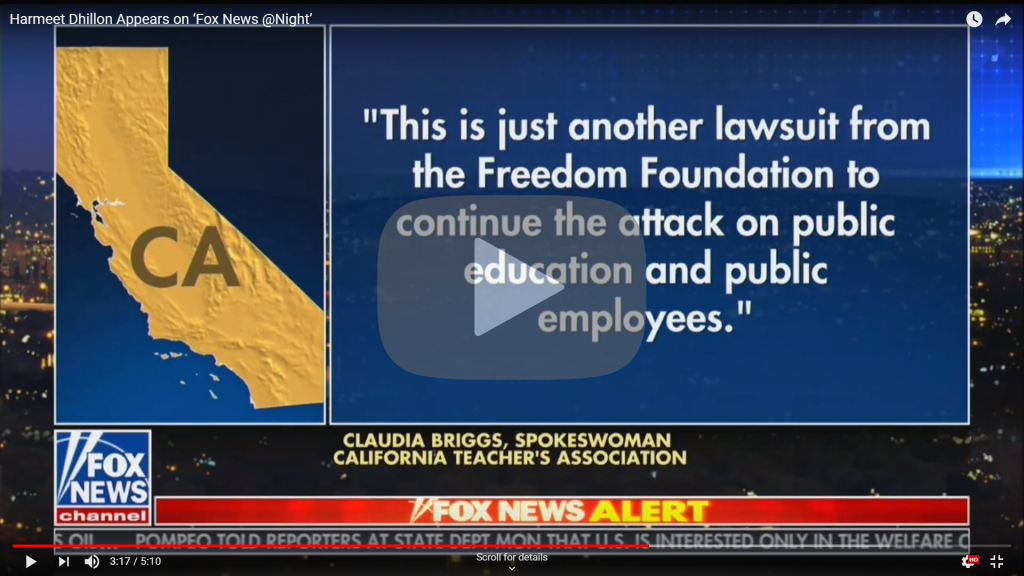 If the courts honor the unambiguous language of Janus, they can’t help but conclude that no one currently being represented by — and paying dues to — a public-sector union is a valid member of that union unless there is documentation showing they joined voluntarily after being advised that in doing so they had waived their Constitutional rights.

And if not, both the union and the state actually collecting dues for it could potentially be liable for every dollar illegally collected.